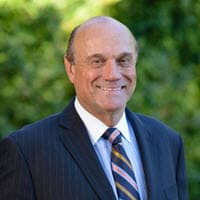 David began his career as an independent third party retirement plan administrator, later selling this business to Dun and Bradstreet Pension Services. This was followed by a qualified retirement plan sales and product development career with Cigna Retirement Services, Fidelity Investments and Sun Life of Canada. David’s experience includes retirement plan sales, relationship management, retirement product development and annuityA financial instrument that pays the holder a guaranteed stream of payments. The annuity is funded by either a lump sum (one-time) or a series of deposits. Once funded, the sum is invested by the insurance company who sold the annuity (the accumulations phase). After a certain trigger (for example, the holder’s retirement or reaching a certain age) payments begin to be issued to the holder (annuitization phase). Annuity payments may be fixed or variable in both amount and in length (some pay out for a designated span of years, others until the holder’s death). design. David has a B.A. from University of North Carolina-Charlotte and an M.B.A. from Virginia Tech.