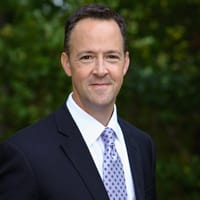 Chris specializes in investment management consulting for affluent individuals and families. He joined Adviser Investments upon its acquisition of Kobren Insight Management (KIM) in 2011. Prior to joining KIM in 2009, Chris worked at Fidelity Investments in both San Francisco and Boston, most recently as the Director of Executive Services, educating and guiding corporate executives on equityThe amount of money that would be returned to shareholders if a company’s assets were sold off and all its debt repaid. compensation exercise strategies. In 2020, he was honored in Boston magazine for the eighth time as a Five Star Wealth Manager. Chris earned his B.A. from Saint Michael’s College, his MBA from the University of San Francisco and got his start in the financial services industry in 1997. He was awarded his Chartered Retirement Planning Counselor (CRPC®) designation in February 2013.