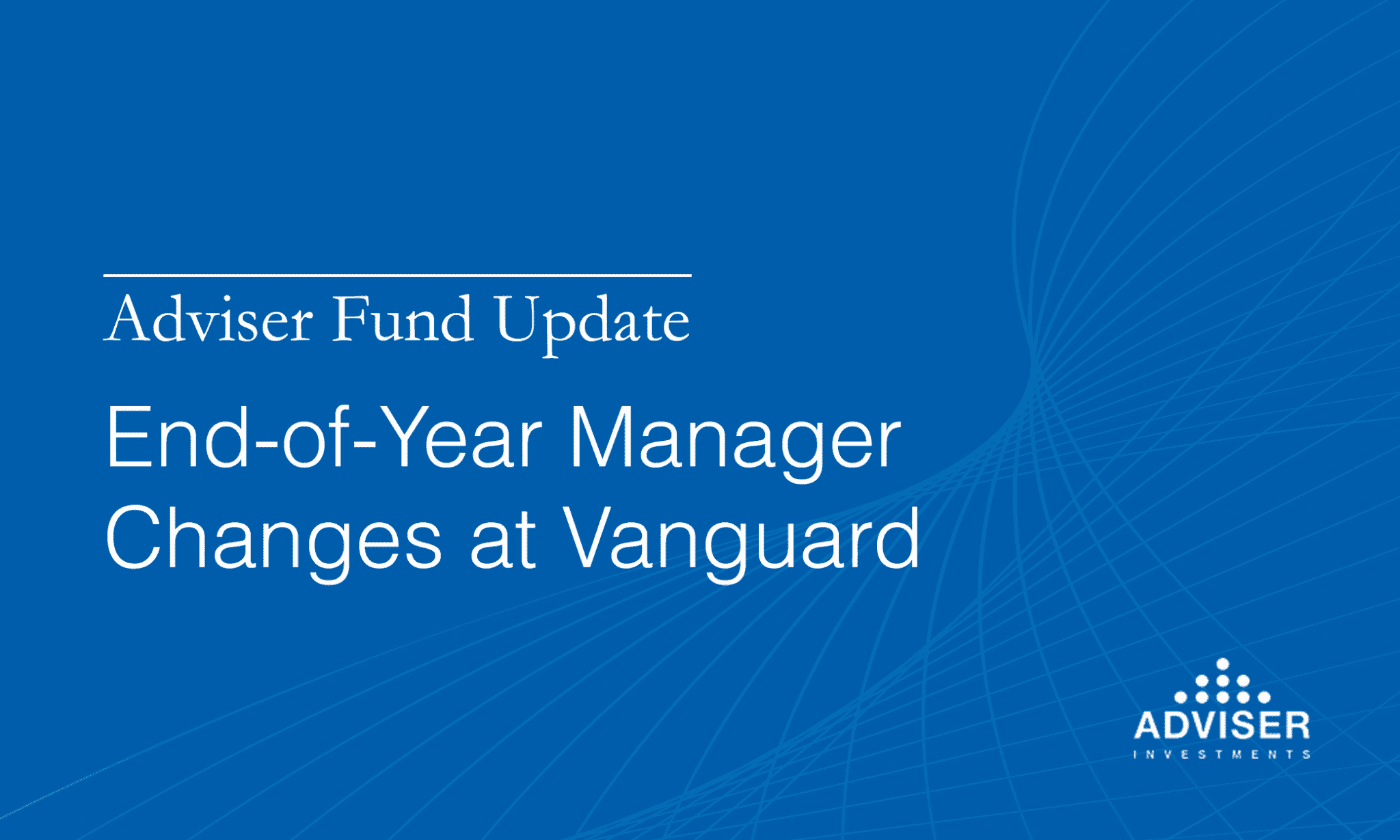 Vanguard Manager Changes for U.S. Growth, MidCap Growth and Growth AnnuityA financial instrument that pays the holder a guaranteed stream of payments. The annuity is funded by either a lump sum (one-time) or a series of deposits. Once funded, the sum is invested by the insurance company who sold the annuity (the accumulations phase). After a certain trigger (for example, the holder’s retirement or reaching a certain age) payments begin to be issued to the holder (annuitization phase). Annuity payments may be fixed or variable in both amount and in length (some pay out for a designated span of years, others until the holder’s death). Funds

Is Vanguard finally coming around to our view that more fund managers means more problems for shareholders?

On December 17, the Malvern, Pa.-based fund leviathan announced management changes at its U.S. Growth, MidCap Growth and Growth Annuity funds. It also revealed that it will be closing the Morgan Growth fund after a 50-year run and merging its assets into U.S. Growth.

It’s not mentioned in Vanguard’s press release, but these changes have had a knock-on impact on the firm’s Diversified EquityThe amount of money that would be returned to shareholders if a company’s assets were sold off and all its debt repaid. fund-of-funds, given that both Morgan Growth and U.S. Growth are two of the eight (now seven) components of Diversified Equity’s portfolio.

Please note that, as always, the fund information provided here is for informational purposes only. It is not a recommendation to buy, sell or hold any fund discussed for your particular portfolio.

Before we go any further into the changes, a bit of explanation is needed on the charts you’ll see in this piece. Each plots relative performance between a reference fund and benchmark. The single line is a direct comparison of the relative value of an identical investment in the funds and benchmarks charted. One hundredth of a point move up or down (or 0.01) represents a difference in relative value of 1%. So if the line moves up from 1.00 to 1.10 over a given period, an investment in the reference fund, say Morgan Growth, ended up being 10% greater than one in its benchmark.

However, an upward or downward line does not show you if the funds have gained or lost money over time. Using Morgan Growth again, you can see that the fund outperformed its benchmark considerably in 2000, but it did so by declining 12.5% when the Russell 3000 Growth Index was down 22.4%.

We use these charts to gauge how successful fund managers have performed compared to their benchmarks. One advantage we feel they have over simple “growth of investment” charts is that you can easily see how a fund has done compared to a benchmark in good times and bad, as an upward or downward slope between any two points is a clear indication whether it’s outpaced or lagged over that period. That’s much harder to see in a typical growth chart.

Okay—now back to Vanguard’s announced changes.

Some Good, Some Bad in Vanguard Fund Management Changes

As you may have figured from the title of this piece, we see these manager moves as a mixed bag.

To begin, merging Morgan Growth with U.S. Growth achieves nothing more than scale in combining a $15 billion fund with a $10 billion fund. What survives is still a mishmash of five different management teams comprised of a dozen or so portfolio managers, even if some of the individual names are changing. We don’t have much confidence in this approach.

MidCap Growth’s changes appear to us as having the least upside, with the addition of a third management team to the mix. That said, it probably was time for a change given how poorly the fund has performed under its original structure. William Blair’s firing from this fund (the firm was also ousted from Vanguard’s U.S. Growth and Growth Variable Annuity funds) may ultimately help performance. That remains to be seen.

The trimming of Global Equity’s portfolio management teams from three to two was the change we were happiest to see. This concentration moves the fund back toward its origins.

When it launched in August 1995, Marathon Management was the only manager. Since 2004, Vanguard has added teams from Alliance Bernstein, Acadian and Baillie Gifford—and performance suffered. We don’t have a window into how each of the management teams’ portions of the fund have performed, but it seems logical to assume that Vanguard wouldn’t boot the strongest performers. And in just about every circumstance, we applaud the move toward fewer management teams and allowing the best to do their thing without weighing them down with less capable co-managers.

The same principle holds for why reducing the teams to two on Growth Annuity is a positive. It’ll be worth watching how the annuityA financial instrument that pays the holder a guaranteed stream of payments. The annuity is funded by either a lump sum (one-time) or a series of deposits. Once funded, the sum is invested by the insurance company who sold the annuity (the accumulations phase). After a certain trigger (for example, the holder’s retirement or reaching a certain age) payments begin to be issued to the holder (annuitization phase). Annuity payments may be fixed or variable in both amount and in length (some pay out for a designated span of years, others until the holder’s death)., with a slimmed down roster, performs compared to U.S. Growth’s five-team group.

Speaking of a multimanager mess, check out how Diversified Equity, the fund-of-active-funds, has done relative to Vanguard’s Total StockA financial instrument giving the holder a proportion of the ownership and earnings of a company. Market Index fund. It’s getting hard to keep track, but if we include Morgan Growth, we count 17 different sub-advisers and 42 individual named managers running pieces of this portfolio. Below is a textbook example of what happens when you put too many chefs into one kitchen and ask them to prepare a five-course meal. Inedible!

At Adviser Investments, we’ve staked our reputation on identifying active managers with strong risk-aware track records. Vanguard’s multimanager approach, something we’ve long opposed in print and elsewhere, claims to reduce “manager riskThe probability that an investment will decline in value in the short term, along with the magnitude of that decline. Stocks are often considered riskier than bonds because they have a higher probability of losing money, and they tend to lose more than bonds when they do decline.” of a single manager leaving the firm or making a bad bet that torpedoes the entire portfolio. But it also limits the ability of successful managers to add extra value for shareholders. Plus, investors have less control over who is managing their money when Vanguard can hire and fire managers at will, and less transparency into how each manager is performing. We’ll pass.

The end of the year is rapidly approaching, and the clock is ticking down on tax-saving moves investors can make before Uncle Sam comes knocking next April.

In the latest episode of The Adviser You Can Talk To Podcast, we discuss seven key steps investors should consider before the calendar flips to 2019.

In this episode we cover:

If you enjoy this podcast and would like a notification when we release new episodes, subscribe to The Adviser You Can Talk To. You can also always catch up on past episodes on www.adviserinvestments.com. Happy listening!

This material is distributed for informational purposes only. The investment ideas and expressions of opinion may contain certain forward-looking statements and should not be viewed as recommendations, personal investment advice or considered an offer to buy or sell specific securities. The views expressed here are subject to change at any time. Mutual funds and exchange-traded funds mentioned herein are not necessarily held in client portfolios. Data and statistics contained in this report are obtained from what we believe to be reliable sources; however, their accuracy, completeness or reliability cannot be guaranteed.