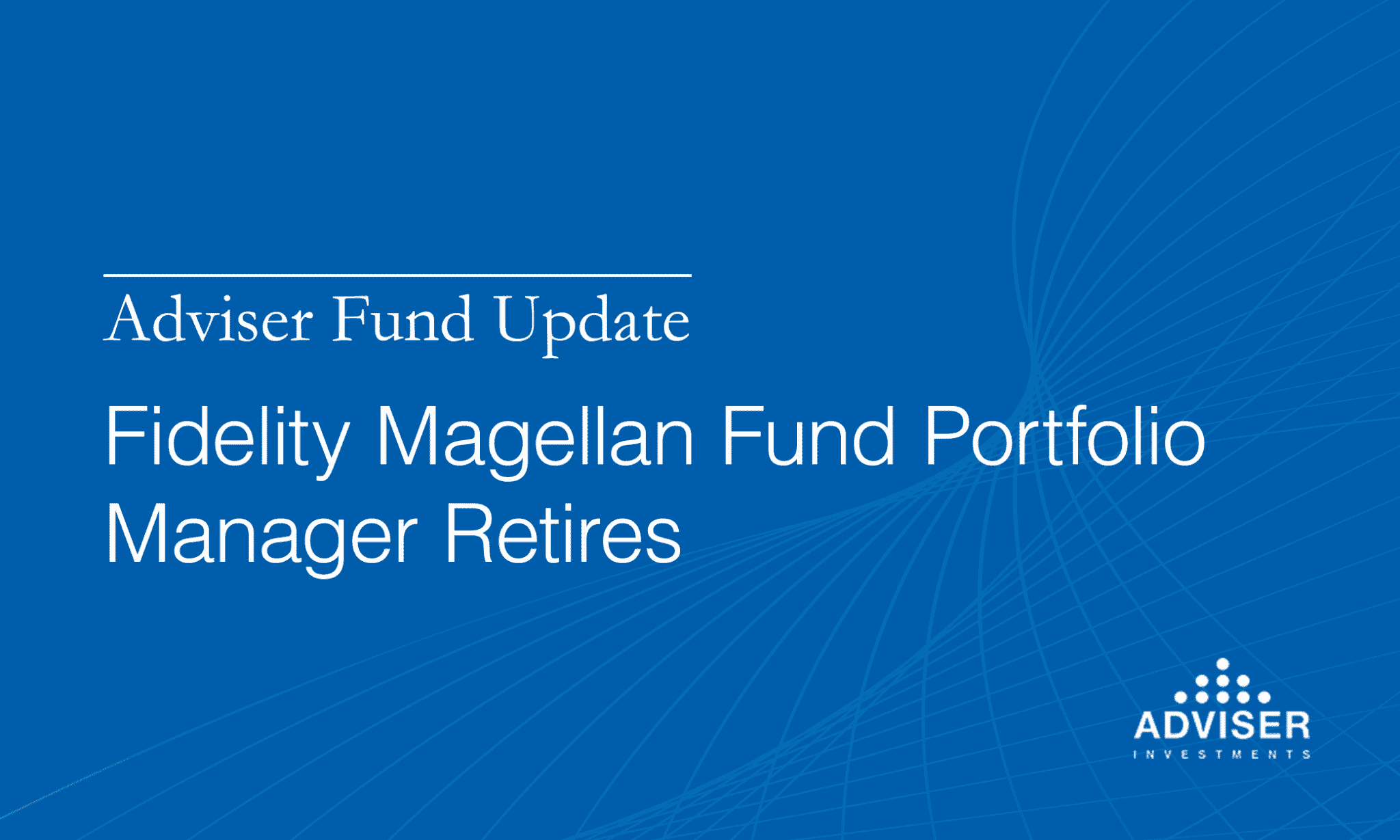 Fidelity Investments has built its reputation on offering investors access to high-quality active managers, and few in its stable have garnered as much media attention as the stock-pickers running its Magellan fund. At the end of February, Jeffrey Feingold, who has had sole oversight of the fund since September 2011, announced his plans to step away from Fidelity.

In a Feb. 22 filing with the Securities and Exchange Commission, Fidelity went public with Feingold’s decision to retire at the end of the year. He is planning to pursue his charitable endeavors full-time.

The Boston fund giant tapped 20-year Fidelity veteran Sammy Simnegar as co-manager on Magellan until year-end, when he will assume the captain’s seat by himself. Simnegar was also named co-manager of Fidelity’s Independence fund, which he’ll also helm alongside Feingold until taking over at the beginning of 2020.

Magellan won’t be Simnegar’s first fund-leadership role. He has managed Fidelity’s Emerging Markets fund since October 2012 and was joined by John Dance as co-manager on Feb. 22. Fidelity expects Dance to take over as the lone manager of Emerging Markets on Oct. 1 “after a thoughtful and deliberate transition,” according to its website.

Since its 1963 inception, eight managers have steered Magellan. But it became a darling of the investment world under Peter Lynch, who ran the fund from 1977 to 1990. Lynch averaged a 29% annual return during his tenure, and the fund grew its assets from $18 million to more than $14 billion.

The fund was so popular it attracted a flood of new money and became unmanageable; it closed to new investors in 1997. (Learn more about why mutual funds will sometimes turn investors away.)

But Lynch’s big shoes proved impossible to fill, as the relative performance chart below demonstrates.

As a refresher, relative performance charts show a direct comparison of the change in value of one investment compared to another—a move of 0.10 up or down represents a 10% change in relative value. In the chart below, when the line is rising, Magellan is outperforming the S&P 500 index. When the line is moving down, the index is outperforming. The chart does not give a read on gains or losses—it’s possible for the line to go up when both investments are declining in value, for instance. We use charts like this to get a read on how a fund or manager has performed compared to a benchmark or peer over time. The line’s sharp upward movement during Lynch’s tenure shows his outstanding track record. The downward trending line under Harry Lange’s management shows that Magellan underperformed the S&P 500 while he was running the show.

At its peak in August 2000, Magellan had $110 billion in assets and was the largest mutual fund in the world. Every year since, investors have taken more money out of it than they’ve added. It reopened to investors in 2008, and currently has $16 billion in assets under management.

As index funds have grown in popularity, fewer top active fund managers are becoming household names. But though the financial press and some investors have moved on from active managers, we still firmly believe that doing your research can pay off, either by leading you to great managers, or helping you to avoid the mediocre-to-poor ones. Our analysis has led us to steer clear of Magellan.

On the surface, Feingold has had some good results—the fund has gained an average of 15.3% a year since he was appointed, and as you can see in the relative performance chart above, has narrowly outpaced the S&P 500. Unfortunately, the fund’s benchmark also returned 15.3% a year from September 2011 through February 2019, and it did so with lower volatilityA measure of how large the changes in an asset’s price are. The more volatile an asset, the more likely that its price will experience sharp rises and steep drops over time. The more volatile an asset is, the riskier it is to invest in. than Magellan, meaning investors took on greater riskThe probability that an investment will decline in value in the short term, along with the magnitude of that decline. Stocks are often considered riskier than bonds because they have a higher probability of losing money, and they tend to lose more than bonds when they do decline. for a near identical return in the active fund. That’s probably not the risk-return profile most shareholders here were seeking.

We’ll be watching to see if Simnegar can improve on the Feingold experience and make it at all resemble the Magellan of old.

Getting Started With ESG Investing

ESG investing (holding a portfolio of companies that meet certain environmental, social and governance guidelines) has burst into the mainstream over the last decade—what do you need to know about it?

Many people find strong appeal in the idea of investing only in companies that are engaged in responsible business practices, that treat their employees and the environment well, or are making the world a better place (or at least not making it worse). If only it was as simple as it sounds.

Adviser Investments has devoted substantial research and effort to developing straightforward ESG investing strategies. To help get the message out, we’ve put our thoughts into speech and print with a podcast and a short piece on the subject matter (see below). We welcome you to tune in and read about our philosophy—if you’d like to learn more, please call us at (800) 492-6868 or email us at info@adviserinvestments.com.

The Adviser You Can Talk To Podcast: ESG Investing—Doing Well While Doing Good

In the latest episode of The Adviser You Can Talk To Podcast, our research team introduces two new ESG investment strategies recently launched by Adviser Investments. Join Deputy Research Director Brian Mackey, EquityThe amount of money that would be returned to shareholders if a company’s assets were sold off and all its debt repaid. Research Analyst Kate Austin and Research Analyst Liz Laprade as they break down the philosophy underpinning ESG investments.

Subscribe and keep up with every new episode of The Adviser You Can Talk To Podcast!

This piece provides a brief introduction to environmental, social and corporate governance investing and spotlights the two ESG strategies we offer our clients.